Don’t miss the next posts! Receive an alert!

Realizing the Benefits of Mobile EDC 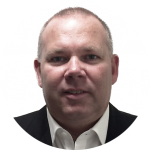 Most every clinical trial today is utilizing some form of Electronic Data Capture (EDC). An EDC system allows for easier data collection, data checking and cleaning, and a real-time view into all data across the study. In most cases, clinical trial data are collected on paper CRFs or in other systems, such as an EHR/EMR system, and later transcribed into the EDC application for the study.

Data is collected this way for many reasons, but one of the most likely reasons is that EDC systems are not always as user friendly as they should be. Many EDC systems are older application with user interfaces that are not very user friendly, and require many clicks and screen changes. Sometimes these systems are also slow. Additionally, in a clinical research setting, it isn’t always easy to have a computer and its different peripherals in the same room as the patient during a study visit. Sometimes an Internet connection isn’t available or a network or Wi-Fi signal might not be strong enough for a constant connection. In some clinical settings, an outside Internet connection could be locked down for various security reasons.

A mobile EDC application, one that runs on a tablet or mobile device, is one alternative to allow for collecting clinical trial data, while with the patient, without all of the burdens presented by typical EDC systems. Mobile EDC offers the ability to easily collect data while “at the foot of the patient”. A mobile EDC solution often runs on tablets, and sometimes mobile phones. They are typically an actual app (iOS/Android), with all of the security that is expected of a regulated data capture system (21 CFR Part 11, etc…).

A tablet device is much easier for a researcher to carry directly into a treatment room than a full computer system would be. Mobile EDC applications should offer an intuitive, touchscreen interface that users have become used to with other tablet applications. This simple user interface aims to better facilitate the work of the clinical research staff and allow for real time data capture into the eCRF, without requiring the transcribing of data into the EDC at a later time. Navigating between eCRFs or patient records should be easily completed with typical tablet gestures, such as clicking with the finger or swiping.

A mobile EDC app could also allow for the use of the device camera in order to capture a picture that can be uploaded into an eCRF. In some cases, the mobile EDC application could allow for the connection of Bluetooth-enabled devices, such as BP machines, glucometers, or EKG/ECG systems. These device integrations are not as easily managed with a traditional EDC application running on a desktop computer in the front office or reception area.

Another benefit of an EDC mobile application is access to real-time data. With eCRF data being captured directly while the patient is being treated, clinical trial managers and other executive staff with Sponsor or CRO will have immediate access to the latest EDC data, without waiting for data to be transcribed or entered later from paper or other systems. This allows for a real-time and holistic view of the entire clinical trial and its data.

Interested in hearing more about an EDC mobile application? Ennov’s EDC Mobile application contains all of the above-mentioned features and functionality, along with many others. It can be deployed in a clinical study in conjunction with a traditional EDC system, such as the Ennov EDC application, or as a stand-alone solution. Contact us to find out more, or to schedule a live demonstration of Ennov’s EDC Mobile.

Phillip Strickland is a Clinical Solutions Consultant with Ennov, based in North Carolina, USA. He has over 16 years of experience with the validation/testing, project management and project implementation of various eClinical technologies (EDC, CTMS, ePRO, eTMF, RTSM). You can contact Phillip at pstrickland@ennov.com.

RIM Analytics: Dashboards with a Purpose

Brexit Lingers on in the RIM World

“A transition period, during which EU pharmaceutical law as laid out in the ‘Acquis Communautaire’ continued to be applicable to the UK, has ended on 31 December 2020.”

If you asked a regulatory colleague about the purpose of a Regulatory Information Management (RIM) system, they might say to provide replacement for spreadsheets, consolidate

Recently, the FDA updated a number of documents related to eCTD.  These changes are summarized in the eCTD Submission Standards document, which provides a consolidated

The evaluation of safety signals should be a continuous process in pharmacovigilance and it is essential that Manufacturing Authorization Holders (MAH’s) have a well-defined process to capture, evaluate,

Clinical CAPAs: Are Your Trials in a State of Control?

The MHRA Inspectorate Blog recently posted a post [i] discussing Corrective and Preventive Actions, the importance of root cause analysis, and what triggers inspectors to

Preparing for IDMP: Insights from the Gens & Associates survey

Recently, I reviewed the results of the Gens & Associates’ World Class RIM Survey. There is a wealth of great information on RIM investments, benefits, practices,

FDA has issued a final guidance document on Civil Money Penalties Relating to the ClinicalTrials.gov Data Bank.  This draft guidance was first issued in 2018

FDA Guidance on Post-marketing Adverse Event Reporting During a Pandemic

Recently, the MHRA published a detailed blog post on GCP Inspections: Expectations and the dos and don’ts for hosting. This post includes a lot of

Perhaps no aspect of Regulatory Information Management (RIM) is more complicated than CMC changes.  A wide variety of stakeholders are involved, from manufacturing/supply change to

Recently, the FDA issued a final rule to amend regulations on medical device premarket submissions to remove requirements for paper and multiple copies. Instead, sponsors will

Electronic Data Capture (EDC) solutions have been used for a couple of decades now with more systems available today than one can count. From the

Most people think of Regulatory Information Management (RIM) as a set of tools and processes to manage product submissions and registrations, track regulatory commitments, and

On July 17th, the FDA and Duke Margolis Center for Health Policy sponsored a workshop entitled “Improving the Implementation of Risk-Based Monitoring Approaches of Clinical

[Reading time 5 minutes] Acceptance testing has always been an important part of our lives at Ennov PV. Understandably, our customers have high expectations with

There is a growing emphasis on signal detection and signal management in Pharmacovigilance. Companies must be able to manage signals detected: evaluate them to understand

With the release of the new Eudravigilance system on 22nd November 2017, the European Medicines Agency (EMA) have introduced greater access to adverse event data

Our Journey with Scrum

[Reading time 10-15 minutes] As we approach our first eighteen months of using the Agile Scrum methodology at Ennov PV, it seems a good time

Managing essential documentation for clinical trials has become quite complex in today’s clinical research environment. Study sponsors are required to implement a quality system to

Receive an email notification when a new post is published